Yes, today I got the email stating that I’m an MVP on PowerShell…. But it’s the 1th of April. So it took me a few minutes to verify this…

I am happy to announce that the email was genuine: I’m a 2013 PowerShell MVP 🙂 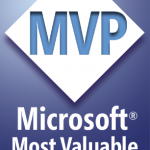 There are so many people to thank that I can’t name them all, but I would like to name a few in particular…
I know, it’s a cliché but still valid and since I’m not a drama queen there will be no tears or thanking my mother/cat/dog/hamster/goldfish 😉

First is Don Jones, PowerShell MVP. When Powershell v1 came out I looked at it and though ‘that is funny but I can do WAY more with vb-script!’. So I never looked at PowerShell again… untill 2010.
Back in 2010 Don presented on the Microsoft TechDays in The Netherlands, one session about Managing AD with PowerShell and the other about PowerShell Remoting.
Since there were no competing sessions I was interrested in, I came to Don’s sessions and man were those eye openers!
Immediatly I saw the potential and possible improvements (of which a bunch got into PS3.0 by the way but that had nothing to do with me) and got learning.
Only after playing around with PowerShell for more than a year I read Don’s Learn PowerShell in a Month of Lunches book. In the year before I read the book, I simply dove in TechNet, CodePlex and Get-Help.
So, getting back at the point I was trying to make here: It’s Don’s fault! He is the cause of me getting into PowerShell!!!

Second, but never in place, there are the two Dutch IT Professional Evangelists in The Netherlands: Daniel van Soest and Tony Krijnen.
Back when I just came out of school I encountered them within two months because of the so called ‘Speaker Idol’. At school I was pretty good at presenting so here I was, overcontident and ready to conquer the world.
Boy, was I surprised and slaped down back to earth. Not by Tony or Daniel but simply by watching other, more experienced speakers. Instead of letting this get me down, it showed me where I wanted to be in a few years… it was letting me set a goal. A few years later I was given the change, by pure dumb luck, to blog at the Dutch IT Professional blog from Microsoft, which was one of Tony’s and Daniel’s projects.
Over the years both Tony and Daniel have given me lots of advice, both on technical and personal/speaking level. I think that a lot of where I am today is for a big part thanks to them.
Not that I wouldn’t have gotten here without them, only much slower 🙂

Now we get to another Dutch guy: Sander Berkouwer, Directory Services MVP, whom contacted me because one of the speakers for an event had to cancel pretty darn last-minute and so he asked me to step in. This was my first time speaking and at this point the  Dutch saying ‘het hek van de dam’ comes into play. I tasted the stage and loved it! So Sander, thank you.. and good luck getting rid of me now 😉

Gideon…. Gideon is the guy behind my scenes. No-one knows him because he’s retired, a total n00b when it comes to IT but a genius when it comes to training, presenting, communications and neuro-linguistic programming.
Let’s just keep it that when I started to present I WAS TERRIBLE AT IT! I’ve seen the tapes so you can trust me on this 😉
I still ask myself sometimes why people didn’t pull me off stage. A few of them told me that they say some potential, others just like seeïng people grow, etc. Whatever the reasons, I’m happy that they didn’t 🙂
Over the years I’ve worked with Gideon to improve my presenting skills, get rid of my stagefright (yet… i know…) and much more.

Melle Gloerich used to be the Communicy Manager at NGN (a Dutch IT Professional Community) and he has steered me along the path I’ve walked. Although he as recently left the NGN, I would still like to thank him for his patience and the opportunities he have me.

Jaap Wesselius, Exchange MVP, has reviewed a few articles of mine when I just started blogging. Although I haven’t needed his help for a long time now, I still like to thank him in particular because he was there at the beginning and put me on a road. Later on I realised that another road would suit me better, but nevertheless he still helped me at the beginning to which I am grateful.

And now ‘my Hyper-V homies’ Didier van Hoye and Aidan Finn, both Hyper-V MVP, for asking lots of PowerShell questions. Both guys have very good technical skills and although PowerShell isn’t their focus area, they’re skills with it are above-average 🙂 So most of the times whenever I received a question from them, it wasn’t a RTFM-question, which I love! I love to search, investigate, etc 🙂 So guys, thanks and keep them coming!